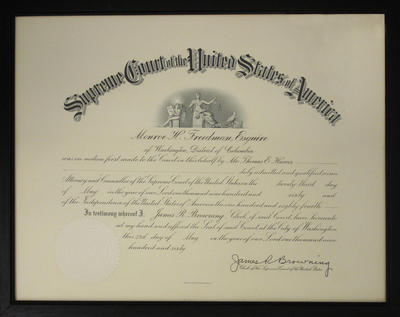 Supreme Court of the United States of America

of Washington, District of Columbia

In testimony whereof I, James R. Browning, Clerk of said Court have hereunto set my hand and affixed the Seal of said Court at the City of Washington this 23d day of May, in th eyear of our Lord one thousand nine hundred and sixty.